Sue is described by clients as an attentive and calm Facilitator and Executive Coach, skilled in exploring issues creatively and sensitively.  She believes in life-long learning, exposure to new ways of thinking, and developing herself, colleagues and clients through shared learning experiences. 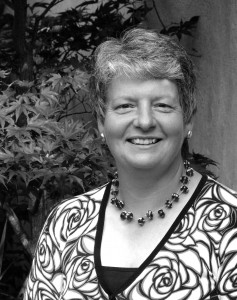 Sue works both 1:1 with leaders and with teams to provide challenge, insight and support in the pursuit of leadership development and organisational results, particularly through periods of transition and change. Over the past few years she has worked with several CEOs and Board level Directors in FTSE 100 companies (Unilever, PepsiCo, John Lewis Partnership, RWE nPower), and with a number of other organisations (NHS SW, Directgov, Westminster City Council, Medical Research Council, UK Athletics, British Triathlon).

Sue is a member of the European Mentoring and Coaching Council (EMCC) and the Association for Management Education and Development (AMED). She has spoken about leading change and embedding a Coaching and Mentoring culture at a number of conferences and seminars (CIPD, Trac04, Linkage and EMCC) and has published articles in the CIPD coaching magazine ‘Coaching at Work’.  Sue adheres to the EMCC code of ethics in her coaching practice.

Sue has set up, and leads the South-West Sadler Heath learning community (www.sadlerheath.org). She goes on an annual retreat for four days to the Lakes with two colleagues where, through good conversation and challenging questions, they spend time nourishing the learner in each other. Sue believes people develop best when they’re relaxed and supported.

Previously she was Vice President Global Head of Coaching and Mentoring for Unilever a role which focused on: