Baz is a Master Coaching Practitioner and “leadership consultant”. Previously a director himself, he is able to give senior leaders both the hard skills to understand the context in which they lead and the soft skills to increase their impact and influence to be more successful in their roles. As an Affiliate of the Centre of Leadership Studies at the University of Exeter, he brings both a practical and leading edge focus to his clients. 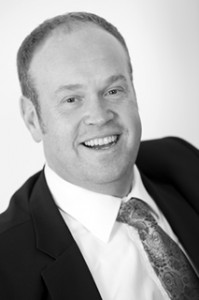 Developing ‘post-heroic’ leaders who can be impactful and facilitate real change in the ‘moment’.
Building resilient leaders who lead in uncertain times.
Developing Boards and senior management teams.

Baz has experience in working with a broad range of organisations, large and small, private and public, as well as with charities and various social enterprises. Well known clients include the RNLI as well as multi-nationals businesses such as BP, Virgin Media, Npower and BT. Baz has been a member of the NHS Institute’s National Coaching Register for the past six years, as well as being a member of their Board and Team Development Register. He is also a coach on the NHS National Top Leaders Programme.

Baz has over 1,800 hours of one to one and team coaching experience in private, pubic and third sector organisations. He coaches a broad range of leaders from Chairs and Chief Executives as well as aspiring Directors from all sorts of organisations. Baz also coaches and develops senior teams and Boards.

Baz’s Perspective on Executive Coaching: His Approach and Style

Increasingly in his work with senior leaders, Baz sees the real performance breakthroughs for leaders are about engaging more fully with their ‘way of being’. Many leaders have grown successfully through acombination of IQ and traditional learning interventions that develop skills, knowledge and perhaps some flexibility around behavioural traits; predominantly using ‘cognitive’ learning processes. However, in senior roles, characterised by high uncertainly and complexity, these tried and tested capabilities of leadership often begin to falter andleaders can find themselves feeling impotent and ‘lost’. If this were not enough, promotion into senior roles often occurs around midlife, which can be a time when motivation can be low anyway, sense of purpose in work falters and leaders find themselves questioning their place, not just in their teams and organisations but in society and the wider world; seeking to square the circle of who they are and what they do.

In listening to the stories of many senior level clients and importantly, engaging in a different conversation with them around the underlying narrative, leadership (as distinct from managing more tasks at a higher level) seems to manifest itself from undertaking a more introspective journey of self-awareness and from reappraising how they make sense and give meaning to their leadership role. This ‘journeyman’ work may well be informed by potent life events and can lead to greater personal presence and wisdom. Through exploration and integration, Baz can provide an ‘accelerator’, allowing the leader to leverage other development work that has hitherto not had the ‘potency-in-action’ that was expected. This provides a leader greater personal presence and a letting go of their heroicness, which then leads to greater potency and impact in executing their roles.